WSBets
Communities Topics Log In Sign Up
Sign In
Hot
All Posts
Settings
Win uses cookies, which are essential for the site to function. We don't want your data, nor do we share it with anyone. I accept.
DEFAULT COMMUNITIES • All General AskWin Funny Technology Animals Sports Gaming DIY Health Positive Privacy
20 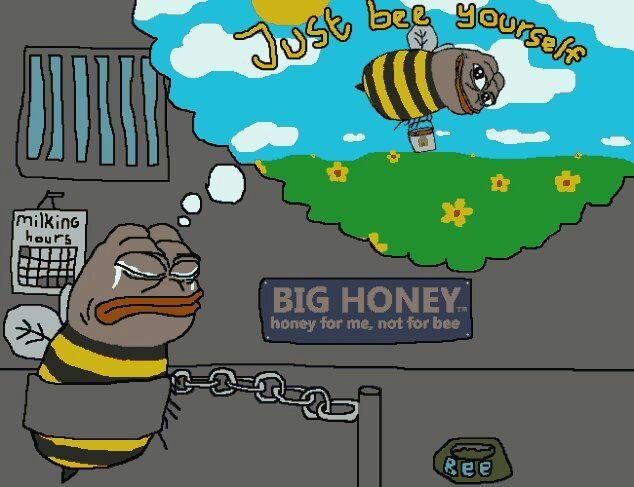 wherein i let peers in my field live at my place for free, with the sentiment
that they will find their own place to live (and thereby diversifying my options for living space)

but it just turns into peer-filtration of good ones and worthless ones.

most of the people that took my offer, stayed for about two or three months
and got into their own place. and were able to comfortably find and shop
for the places they wanted, instead of being hassled by other timetables.

i really thought i had something going, philosophically speaking.

if one had enough friends through their life, propagating the forward-paying scheme

the problem, like most things, arises when you get one deadbeat out of 10 goodies

it inspires you to burn nearly everything to the ground.

the kind of deadbeat that you have to get 'trespassing' violations against.

I think this would have been a good play for networking you just implemented it at a shit time.

I remember early 2020 people were fucking scoundrel's and dogs. Like fucking grandmas fist fighting over shit paper, while wet wipes were in full stock. The true extent of an NPC's mind.

I've professionally networked Link'dn FB what every spying device you choose. You know what it is? A bunch of fucking teachers pets IRL winning good boy bucks "Oh AWESOME GREAT JOB YOUR SUCH A BEAUTIFUL DIVERSE PERSON. Work as hard as you want be cool with people up the ladder but until you let them Weinstein you. They will toss you fast. Office life is all about the Weinstein's. Just keep chimping out with the apes bro. You'll get your moon.

Just keep chimping out with the apes bro. You'll get your moon.

Am I the only one that feels like bitcoin is a stupid investment at this stage?

Granted, if you buy now and hold long enough, it will go up eventually.

But, I feel like there are other much lower market cap cryptos that will yield much higher long term gains.

Do you have any idea how much money would need to pour into bitcoin for it to go 10x? Compared to other cryptos that will 10x with just a few million extra market cap.

Risk v reward. There are some 10 thousand different cryptocurrencies to choose from. Some of them are viable, many of them are scams or joke/social/meme coins.

What you say about low cap coins is true but good luck differentiating between them for viability.

That said, factor in the psychology of stupid people that follow the herd and you can make some good money on the side from shit coins if you can sniff out the momentum before it arises. Again, good luck picking out from the several thousands.

I'm not opposed to buying bitcoin to be honest. But not at the peak of a 60k bull run.

As far as coins, there's a few I like, but only because I see utility in them not provided by BTC or ETH, which I consider to be pretty much useless due to insanely high transfer fees.

Most of my holdings are IOTA which I really think will become a major blue chip crypto in the future. Zero transaction fees, infinitely scalable, gets faster and more reliable the more users are sending transactions, as opposed blockchain based cryptos that slow down with scale. Gonna have tokenization and NFT functionality by the end of this year.

Also, I like Matic because it's a fully working ethereum side chain that lets you hold and spend ETH or any ERC20 token with near zero transfer fees. Would you rather spend $70 per transaction for your Ethereum coins, or would you rather have the exact same coins and spend $0.001 per transaction? Really no reason to ever use the Ethereum network now that Matic exists.

Next I like LBC, which powers Odysee, the based video site hosting Salty Cracker and YouTubers who wanna say shit YouTube doesn't like, price is right near the floor right now. No better time to buy.

Lastly, I got Polydoge, because like you said, you can make money off the psychology of stupid people. When matic explodes into the top 10 (and it will) Polydoge will be the beneficiary of any matic related doge memes. Also, super cheap right now. Down 90% from ATH a few months ago.

MATIC is a streetshit coin helmed by streetshitters. It's doomed to fail. Ever had to work with Indian programmers before? Worst investment I ever made. I dumped all my MATIC in this last MATIC pump the other day. Finally after Months it went above $1.50. Literal shitcoin. Shiba Inu is a better investment than MATIC.

Go spend $70 every time you wanna send an ETH token anywhere then, genius.

Solid Info about LBC. I tried odyssey and always ended up at bitchute instead and would just skip the streams. but he was a fan.

I recently started investing in matic. Since I am now are of the fud games I will look into polydoge it only makes sense.

Look into IOTA. Out of all the coins I'm aware of it has the best fundamentals and it's designed to be a total game changer in the crypto space.

You can do both. I swing trades alts and then when I take profit I buy BTC or rinse and repeat.

Bitcoin increases in value by 200% per year on average.

It's really sad that with the American Dream dying due to currency debasement Bitcoin has replaced it.

The great saint MacAfee once said BTC is going to 1mil. I still believe in the great JM. Or he could just be the best fucking piece of shit larping troll of our time. Who fucking knows,

What are your skills?

Are you able to build?

Are you a creative, artistic, type of person?

I go to knife shows and see some of the most beautiful pieces of, what I consider, art made from metal and pieces of wood. (Not telling you to make knives, just an example.)

Do something that you enjoy and utilizes the skills you have or can attain.

You shouldn't go full business at the start. Ease into it, many big businesses started small.

I was to the point of wanting to day trade crypto or stonks for income before the Fud bear market. Now I can make easy fun money but don't see day trading as a real long term solution. Is everyone here a desperate wage cuck?? Or does someone have some tips other than well placed rocket to the moon?

Is there anywhere in the USA I can just perma camp and homestead for free I don't want to slave for the city anymore.

Good call. I could also pursue my entrepreneurial spirit and steal shampoo from Walgreens and set up a little shop in the streets.

I never understand the appeal of day trading stocks. Like 95% of day traders lose money lol most of the rest just have confirmation bias because they were lucky, and 0.000001% actually know what they are doing.

I buy the dip, I read the stick. I must admit most ALT coins that I've mooned were either just buying the biggest looser "I have gotten burned on a few RLC is my biggest fuck up" Or word of mouth and getting in early. Seems like a large upfront loan would be in order to even sustain rent and one loss would mean car life unless early moons. One can always dream.

It is very hit and miss. Once you understand the psychology then you fall into less traps than the average person. That said, the rules change all the time so any plan or pattern you can sniff out will work until it doesn't.

That said, it is always gratifying to put some money into something and take it at when it rises 20 percent, while it does not sound significant, 20% of 5 or 6 figures can mean something. At the same time, a poor choice leads your money to getting tied up, forcing you to leave it there and hope for the best or pull out at a loss to deal with other matters.

Imagine if everyone has the same idea, then nobody was (physically) building the community. Is this the way?

The more I dig the more I realize it was the city's that fucked us. Humans are not ants.

Put 5-10% of every paycheck into Bitcoin and a few of the right altcoins and in 10 years you could be a millionaire.

That's the plan. I'm more of a 40k BTC buy guy myself though Wish I was a 1k guy. I have forged diamond hands and avoid all FUD I HODL with great posture.